If you mention the name ‘Thorn’ to a Dutch person, you can be sure that in return you’ll get the exclamation: “Oh, the little white town!”. And indeed, Thorn is white, something unusual for the Netherlands, where most of the houses are in the typical Dutch brick style. This is also the first thing you will notice when you enter the town. But why are all houses white in Thorn and what makes this little town so special? To find the answer to these questions, you need to dig a bit deeper and go further than its whitewashed surface. Then you will be caught off-guard with facts you’ve never known. You’ll be surprised by the extraordinary history of this place. I first visited Thorn on a rainy day. The sky was grey, and the houses looked off-white. We quickly walked around (you can do this in less than 30 minutes – so small is the place) and headed back to the car. It was a lovely place, for sure, a bit weird as everything was painted in white, but it didn’t impress me that much. Luckily, a second chance presented itself to me on a sunny day when I could explore Thorn and find out everything about its unusual past.

Medieval tax haven ruled by women? Read here everything about the small Dutch town of Thorn.Click To Tweet

Thorn is located in the Dutch Province of Limburg and is a perfect destination for a day trip from Maastricht.

Read more: Need more ideas for a day trip in Limburg? Read my post about some great places to visit on a day trip from Maastricht.

How the Abbey of Thorn (the Netherlands) was born

Thorn, the way we know it today, developed around the abbey that was established there in the 10th century. The exact year when the church was built is not known. It should have been somewhere towards the end of the 10th century. There are many legends about it and even there were found falsified documents from the Middle Ages claiming that the church was built in 992. What is known is the fact that the bishop of Utrecht Ansfried built the church together with his wife for their daughter who became the first abbess of the convent. The name of the daughter also remains unknown. She was called Benedicta later. 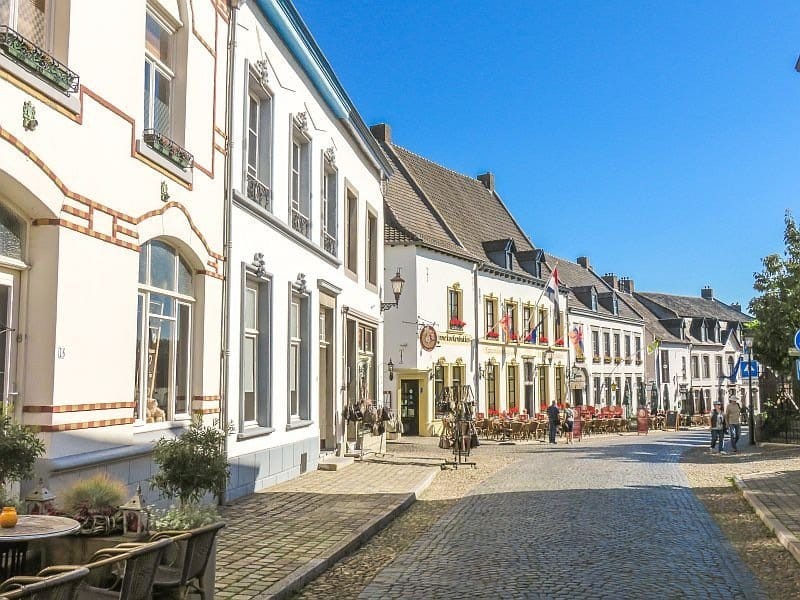 From a religious to a secular establishment

Soon after its establishment the abbey started attracting rich women from the high nobility and from a pure nunnery it grew into a secular type of a convent. The abbey was ruled by an abbess assisted by a chapter of six to twelve ladies from the aristocracy who brought with them and could keep all their earthly possessions. Thus, the convent accrued large land properties scattered in today’s North Brabant, Limburg (provinces in the Netherlands), Belgium and Germany. Already in the 13th century the canonesses were farming out the land and enjoying huge profits.

The convent turned into an elite place where one could be accepted only if both parents and all grandparents up to the great-great-grandparents on both sides were of noble birth, thus banning impoverished nobles and aristocrats out. In principle, the canonesses were allowed to stay during the day in their homes and at night they should sleep in the convent. Soon this rule was abandoned, and the ladies were staying in their huge houses, where they also kept servants. In 1310 they even wrote to the Pope requesting that they should change their attire to reflect their stand. They were simply trying to get rid of the nunnish appearance which included a black tunic with a white wimple. The bold request was however 180 years later blessed by the then Pope. 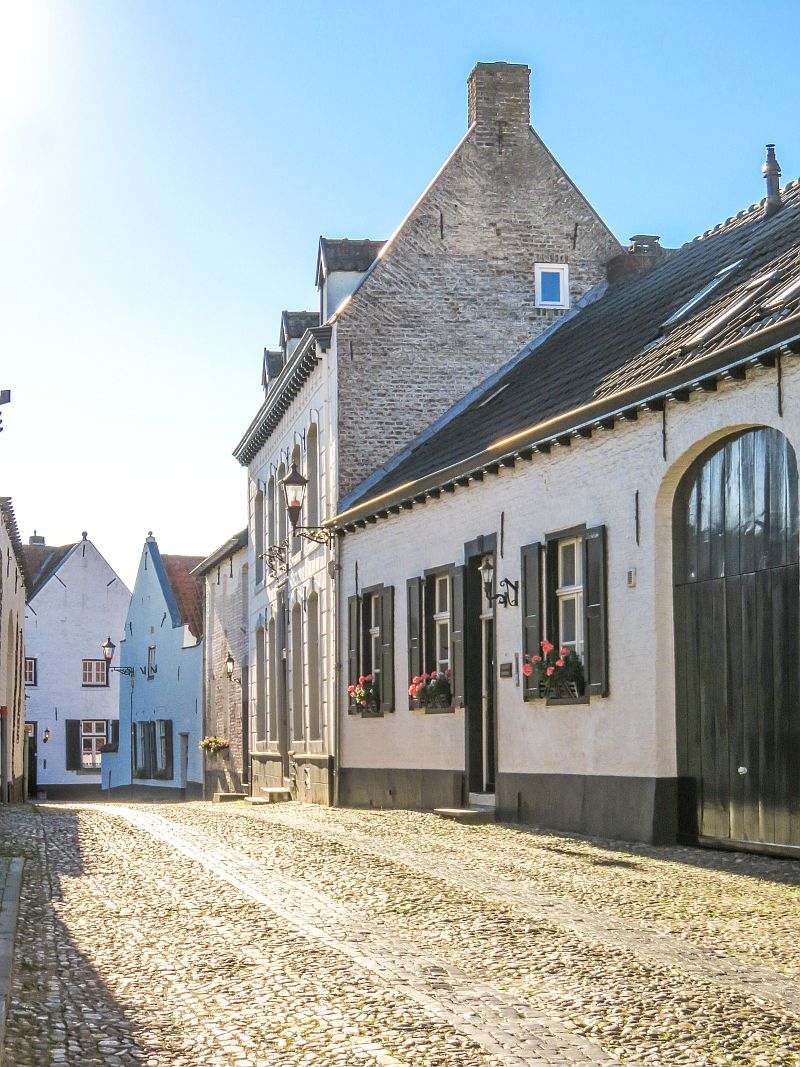 In the course of the 14th century the abbey gained momentum on the local political scene and by the end of the 15th century it was granted imperial immediacy which turned it into an imperial abbey within the Holy Roman Empire. In the 16th century the abbess had already one seat in the district council of Westphalia and in the 17th century a seat in the Imperial Diet. Although Thorn was a super tiny imperial abbey, it had quite an important role within Europe. It remained also neutral in all the wars throughout the centuries. It was actually a kind of independent city-state in the Middle Ages.

The ambitions of the abbesses and their entourage together with peaceful times brought prosperity to Thorn and its inhabitants. The lands were farmed out and the peasants were paying their lease rent but actually no taxes were levied in Thorn, something that was unthinkable not only in the middle ages. In the 16th century the abbey had its own mint, but it turned out that they were falsifying coins with lower silver content than the norm, so the mint was quickly closed. The end of the glorious days

Thorn prospered until the French Revolution. In 1794-1795 during one of the so-called French Revolutionary Wars the Low Countries (today’s Netherlands and Belgium) were invaded and Thorn fell under the French rule in October 1794. Year and a half later, on 1 September 1796, all religious establishments were abolished, and this was the administrative end of the Abbey. The then abbess tried to overrule this by stating that Thorn wasn’t in fact a religious establishment as the ladies who entered it neither took vows or lived together, but all her efforts were in vain. Thorn couldn’t be saved. The palace of the abbess and all abbey buildings were demolished. Only the Abbey Church survived. Why are all houses white in Thorn?

And here comes the answer to the biggest question: why all houses are white in Thorn? After the invasion of Thorn by the French at the end of the 18th century, Thorn became part of the Lower Meuse (Meuse-Inférieure) – a department in the First French Empire at the time of Napoleon, and remained part of France until 1815 when at the Congress of Vienna it was given to the United Kingdom of the Netherlands. This is how Thorn ended up within the territory of today’s Netherlands.

So, after the French took possession over Thorn they started imposing various taxes. You remember that Thorn was a tax haven, so people didn’t like that. One of the taxes was based on the number of windows a house would have. And what did the resourceful inhabitants of Thorn do? They bricked up the windows to pay less taxes. And to cover it all up, they whitewashed the walls of their houses, so that you won’t see the scars. This is how the little white town was born. The question still remains whether the inhabitants of Thorn wanted to evade the taxes or they were too poor to pay them, but whatever the reason was, they discovered a way not to do it.

I found the story of Thorn absolutely fascinating. We have this image of the Middle Ages where women had no rights and where political and economic models wouldn’t be that advanced. But Thorn blew my mind. Powerful women, economic prosperity, tax haven. And then I was thinking, why there’s nothing mentioned in the history lessons about this or similar places. Aren’t they worth mentioning? Or would they just distort the image of the Middle Ages we need to have? And who’s benefiting from all this. 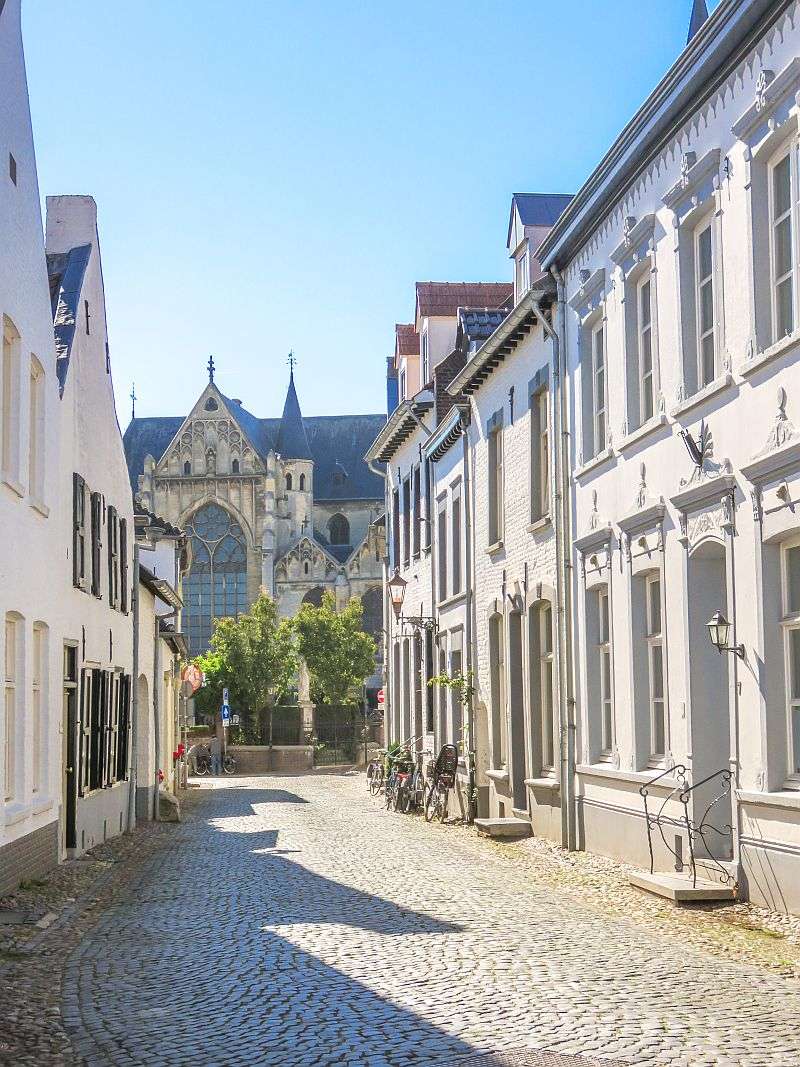 I left Thorn with even more questions. I felt overwhelmed. As a female traveler who loves history and culture, I was impressed by the significance of this little white town and how little it is known about it.

So, when you visit Thorn, just look a bit deeper than its whitewashed surface.

To learn everything about Thorn, visit the Abbey Church and the local Museum.

Already curious about Thorn? Pin this for later! 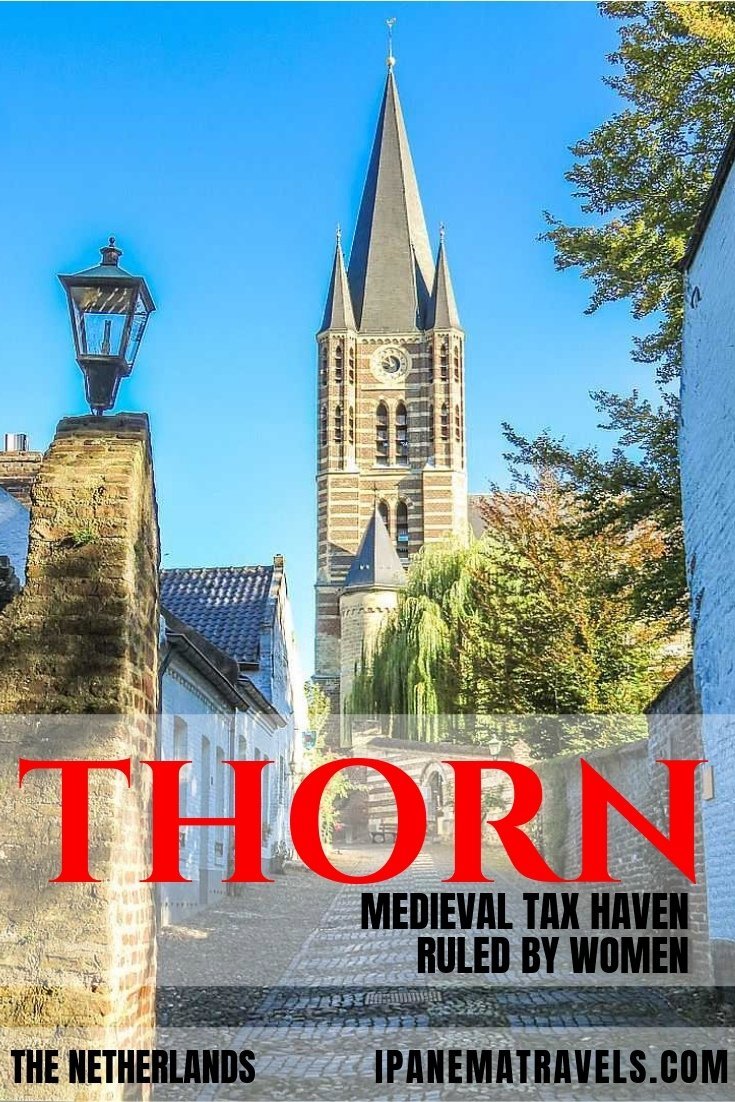 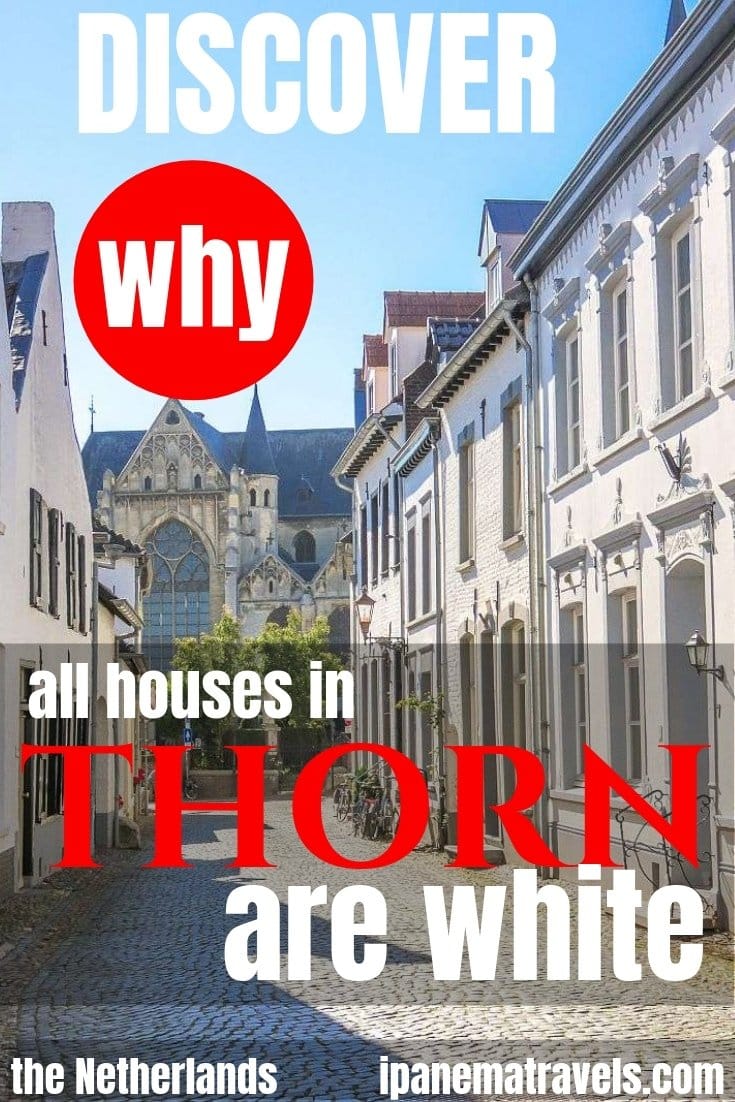 What do you think about the story of the little white town of Thorn (the Netherlands)? Pretty amazing isn’t it? Share your thoughts below.