If you dream of white beaches, palm trees, emerald waters, there’s one place where all these dreams can come true – Mauritius, a small island to the East of Madagascar.

If you are celebrating a 10 years anniversary with your boyfriend and searching for a romantic destination, a special place, something different from the regular travels that you can afford with a normal 9 to 5 job and 5 weeks of holidays per year, this small island in the Indian Ocean is the perfect solution. 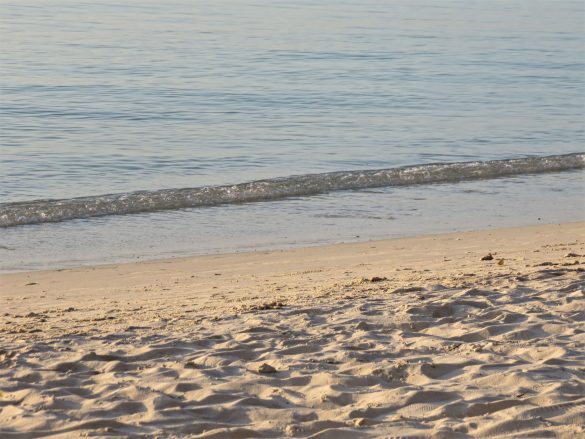 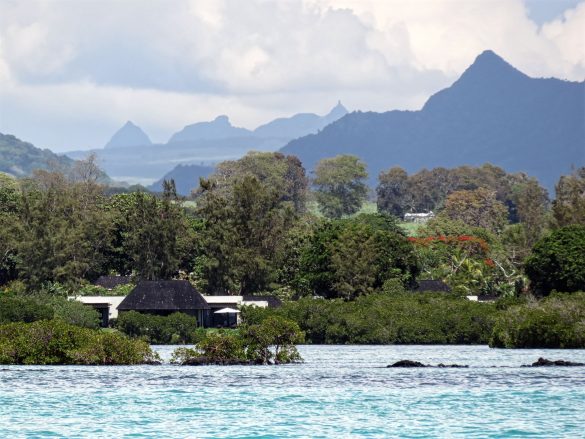 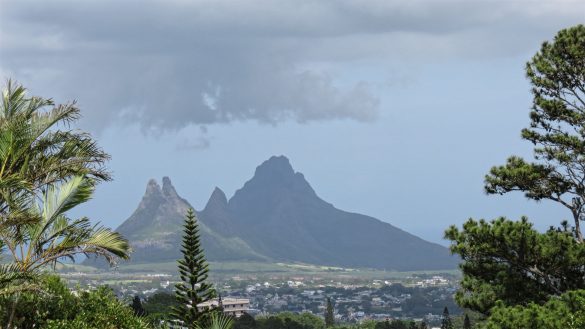 So, we headed to Mauritius in November for 2 weeks. We flew from Amsterdam via Paris to the airport with the unpronounceable name of Sir Seewoosagur Ramgoolam. For our stay I chose a resort on the North-West coast. Some people would book an all-inclusive stay and would stay the whole 2 weeks in the resort making use of all the saunas, fitness centres, sport facilities, but we are not this type of travellers. I chose for the resort because it had this beautiful park and wonderful beach and was just outside a small town, where we could dine in local restaurants. We also used the resort as a base to explore the island. Mauritius has a name of a honeymoon luxury destination with a huge price tag. It can be very expensive if you book a 5-star all-inclusive resort. If you are on a budget, there are still affordable accommodations in small hotels, private rooms or apartments. No matter how small the island is (only 1864 sq. km), 2 weeks won’t be enough to see all of it. It offers beautiful nature reserves with breathtaking views, one of a kind natural sights, towns thriving with life and vivid colours. 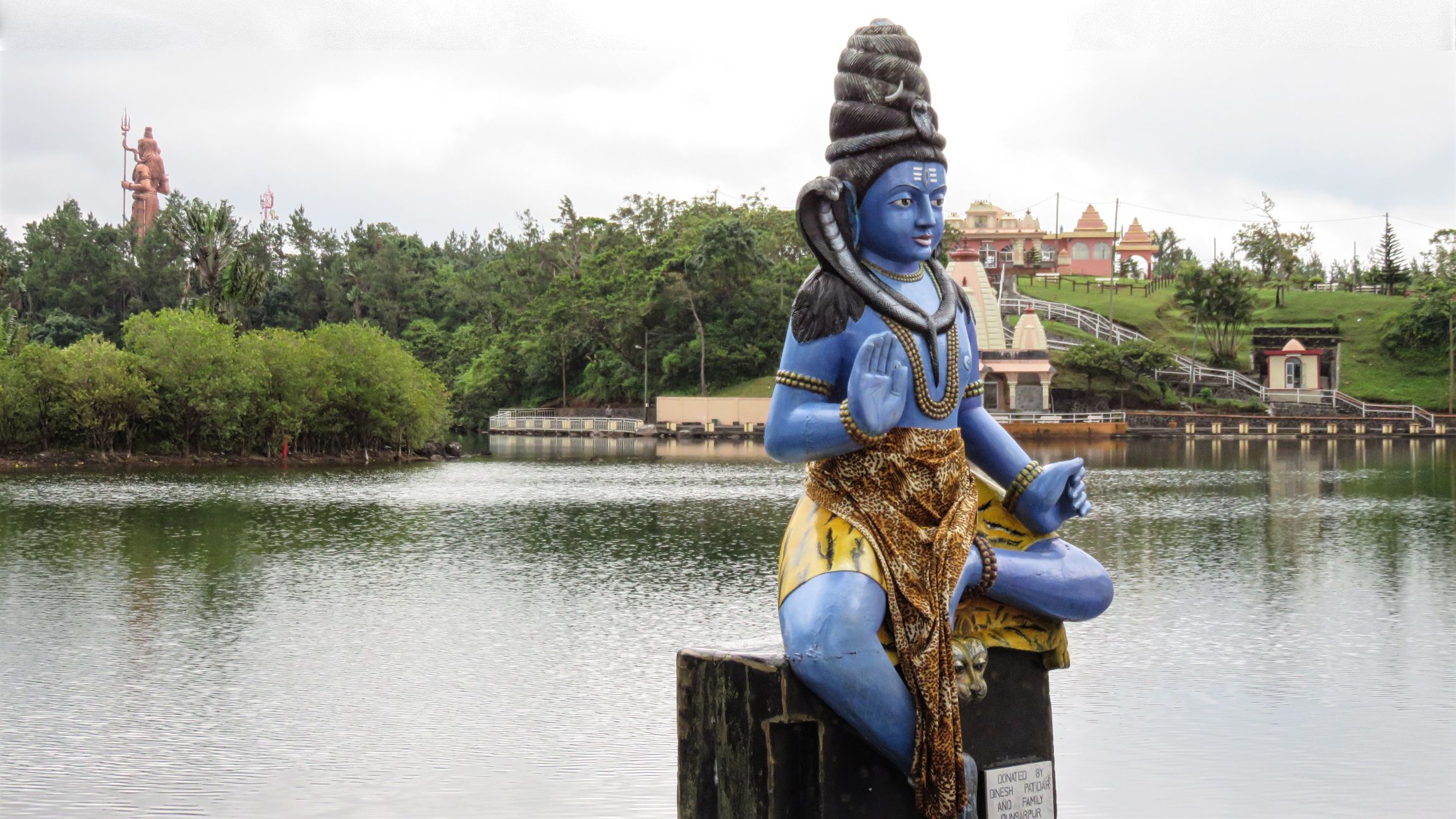 The first Europeans that set foot on the island were the Portuguese. Then Dutch established themselves there, then it was a French colony, afterwards a British one until the country’s independence in 1968. The Dutch were those that contributed to the extinction of the dodo and the giant domed tortoise, by just simply eating all of them. Although the meat of the dodo was horrible, cured in the giant tortoise’s fat, it tasted well. What the humans could not eat, was eaten by the rats and the pigs they brought with them on the ships. And voilà, no more dodos, no more tortoises. Nowadays Mauritius is a vibrant place, a melting pot of cultures and religions. The last decennia the government has invested in huge IT parks – the Cyber City. The island is also popular for the call centres, as the Mauritians are mostly bi- or trilingual – speaking French, English and Creole. 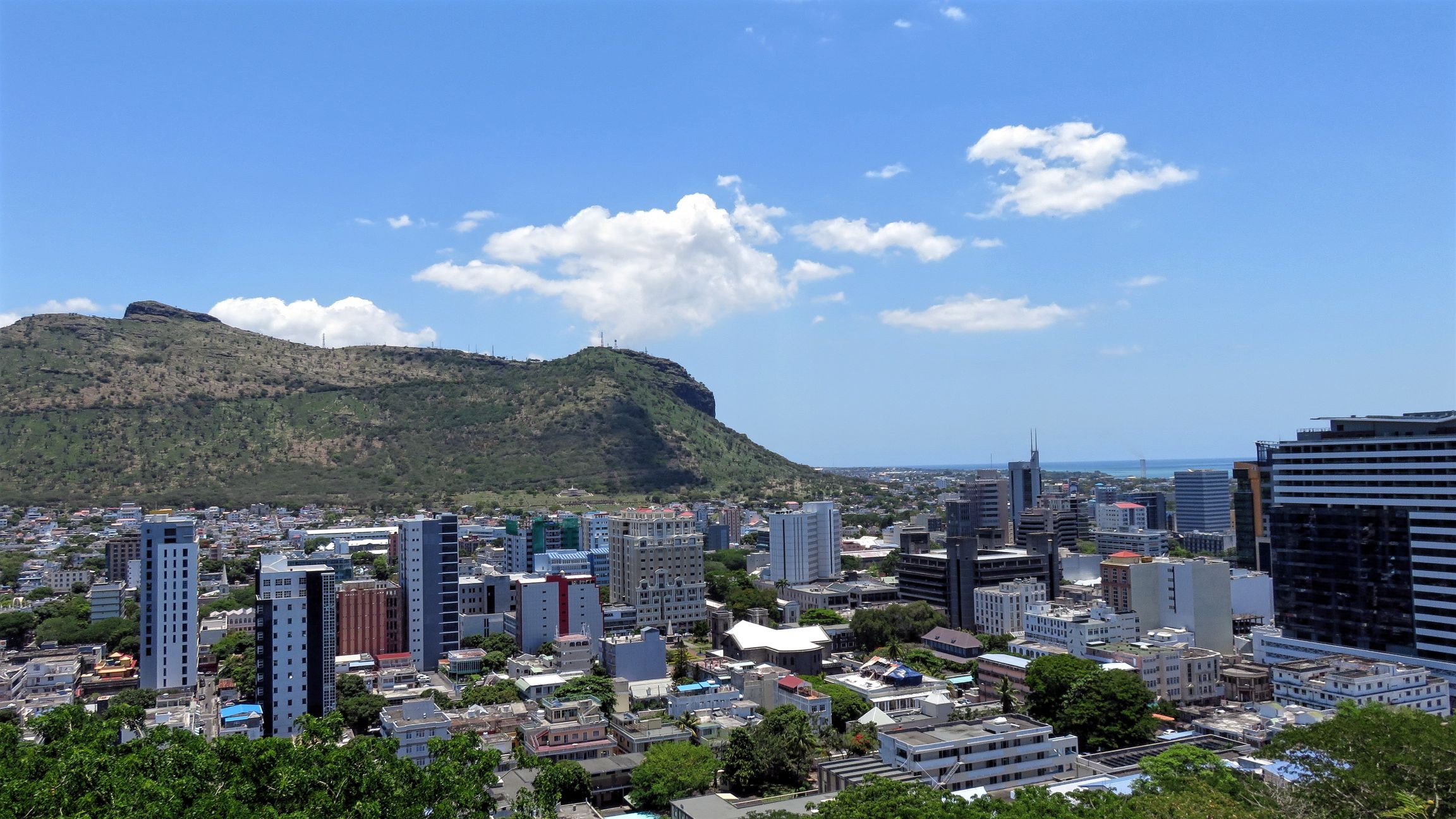 As you can’t visit Mauritius in 2 weeks, you can’t write about it in only one blog post. Keep an eye on my blog to further read about: 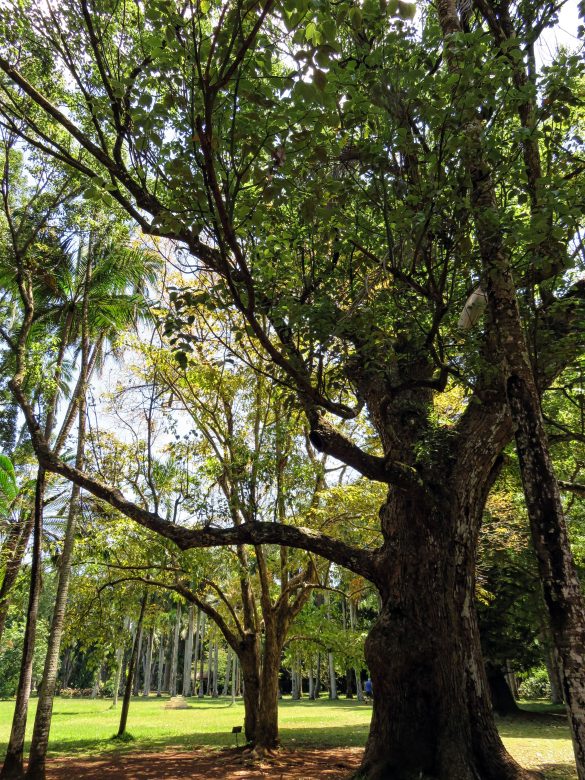 Daniela is the creator and writer of this travel blog. A writer by nature and occupation and traveller by heart, Daniela will take you to all forgotten corners of Europe and even beyond. She travels with her partner, but his only role is to be the greatest fan of this blog. Check out the About section to learn more about Daniela.

De Biesbosch – a weekend getaway in the Netherlands

I’m normally not the beach vacation type – but Mauritius looks a lot like Hawaii actually, with beaches, mountains, great food, and a lively culture. I think we’d (my girlfriend and I) would do a similar plan to yours, find a decent enough base of operations, and use it to explore all the landscapes and sights of the island we wanted to.

I also lol’d at your comment at the beginning of “5 weeks vacation” as if that was somehow limiting – coming from an American (though I live in Munich now) that sounds a little funny. 5 weeks is a great amount of vacation time! That’s more than a month off! Though maybe 6 weeks sounds better… I am glad I moved to Germany where there’s sane laws about employee rights and benefits. I look to be taking advantage of them once I get out of the student budget. XD

Wow it looks so stunning here! I never even imagined it with mountains! That first shot in stunning too.

I love how much background you give! It’s interesting to me that the Portuguese were first to settle! I never knew anything about this place! Fun to learn!

I have a friend who visited Mauritius recently and loved it as well. Your photos are absolutely beautiful and make me want to visit one day even more!

I NEED to go here! Your photos are amazing !

Gorgeous landscape! We would be in photographic heaven here. Adding to my bucket list!

Mauritius is now on my bucket list. Your beautiful photos make it look so tranquil and have inspired me to go see for myself. Thank you!

The bit a about dodos is really interesting! I never knew where exactly they lived, so now can cay – Mauritius! if this ever comes up in any trivia games I go to 🙂

Never knew that the dodo was made extinct in Mauritius, interesting! This island looks like the perfect spot to escape the cold weather. I just subscribed for more posts on this gem of an island!

Yep. It’s funny when locals start telling you about the Dutch who helped the dodos disappear on the island and you say you are Dutch. A bit awkward 🙂 And yes, it’s an amazing island!

Wow! Mauritius looks MAGICAL! It’s so lush and green! To think I’d never even heard of it before I found your article. Thanks for sharing!

Thanks! It’s one of those hidden gems in the ocean that are both amazing and so natural.

I totally agree with the title! I always wanted to go there but could not go as a bachelor, but I went there for my Honeymoon and it was the best experience of my life!
Very great post, I could not visit to couple of places from this list , but I look forward to it! Cheers 🙂

Oh, happy you’ve been also there! It’s such a unique place!

Mauritius has always been a dream and these pictures definitely made me want to visit even more!! Now I just have to find some room in the budget 😉

I hope you can visit it one day Lara!

All these photos are AMAZING. I had a friend recently visit Mauritius and he loved it…it’s good to see others visiting it too! It looks like a beautiful and interesting place to visit.

Thanks! Mauritius is not really hype those days, but it is absolutely a destination worth heading to!

Did you hike up that mountain in your photo? That looks very interesting – being able to mix adventure with pleasure and relaxation 🙂 We’re still far from our tenth but would be great to visit too 😉

Nope, I couldn’t have the chance to hike it up. It is a part of a National Reserve and there’re some trails that you can follow. But being there for 2 weeks, we couldn’t do everything. 🙂

Mauritius is so diverse.. There’s mountains, cities and the water in the same shot! I love that picture and the colorful sand in the first one is so unique. Beautiful!

Yes, the colour sands of Chamarel are really unique!

That scenery is absolutely stunning! It looks like a perfect romantic getaway for beaches and nature. I’ll keep an eye out for your next posts

Yes, there’s something for everybody that visits the island. Nature there is absolutely breath-taking!

Love your photos! They really depict how beautiful it is! And 2 weeks is never long enough to fully explore a new place.

That first photo (and those MOUNTAINS) is gorgeous! That one alone makes me want to go visit, not to mention all the other great shots! It’s always been a dream of mine as a travel blogging wildlife biologist to go and see Madagascar, so I’ll totally be adding Mauritius to my list now too!

Mauritius will pay off for sure. However, not many endemic wildlife is left on the island after the Europeans came. The only surviving ones are the fruit bat, the pink pigeon and a few other birds. The coral reefs are quite stunning, though.

Navigate quickly between all categories

What are you looking for?

Top Things to Do in Transylvania

Travel back in Time at the...

This website uses cookies to improve your experience. We'll assume you're ok with this, but you can opt-out if you wish. Accept Read More